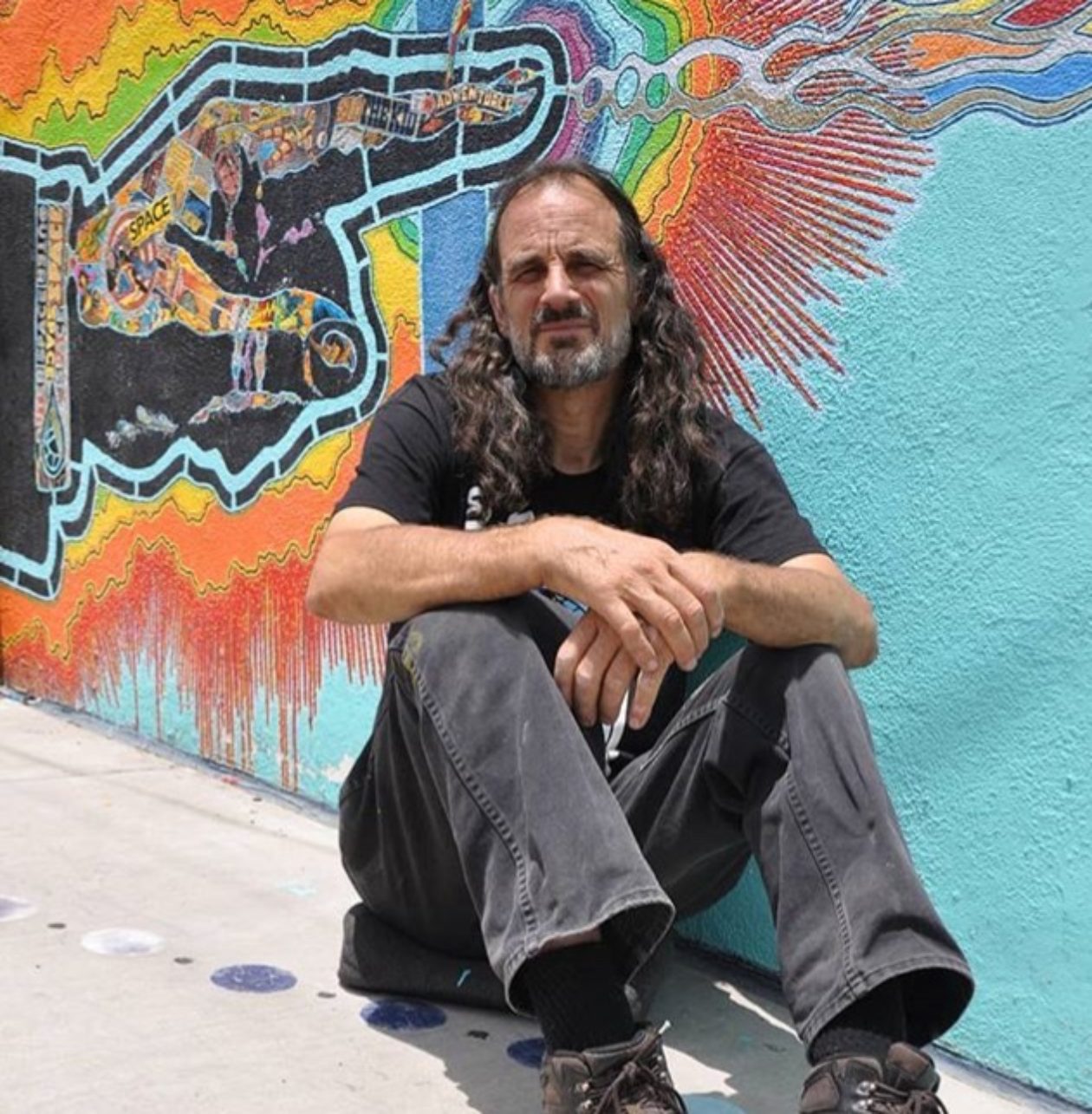 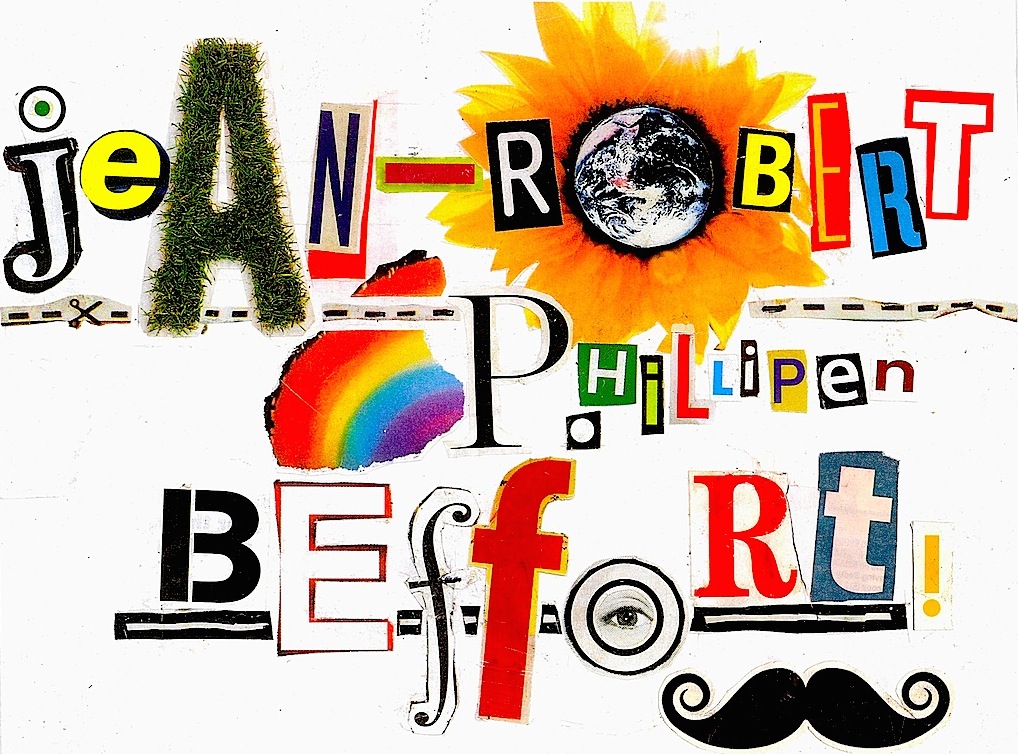 Jean-Robert P. Béffort was born in 1962 in Spokane, Washington and grew up in Great Falls, Montana. He attended Montana State University in Bozeman, Montana and received a Bachelor’s of Architecture in 1986.

He moved to Portland, Oregon and worked for various architectural firms for 5 years before going out on his own as a design/builder focusing on recycled and alternative building methods. In 1992 he moved to Taos, New Mexico, learned carpentry and built Earthships, Adobes and Strawbale buildings.

In 1995 he moved to Silver City, New Mexico and was self-employed as a designer/builder, draftsperson, graphic designer, carpenter, stone mason and artisan creating glass and tile mosaics. He has three children, two sons of  23 and 20 and a 14 year old daughter.

In 2004 he received an incomplete spinal cord injury from a treefall and became partially paralyzed from the waist down. He now  walks somewhat with the aid of forearm crutches.  After  rehabilitation he created various custom tile mosaics, taught art for 7th and 8th graders before redefining his career and turning to art full time.

Offered a free small studio space by a local artist for a year he began his artistic career at the age of 46 and followed with his first solo show in 2008 of collages and mixed-media assemblage sculptures. Quickly outgrowing the small adobe studio, he relocated in 2009 to a 4000 s.f. warehouse where he currently operates a)sp…”A”©e  Studio / Art / Gallery in Silver City, New Mexico.  It is an alternative and interactive multi-purpose and multi-dimensional performance space and gallery which  features his own artwork and art installations as well as artwork by other like-minded local artists, provides studio space for other artists and conducts various “Art-On-A-Stick” assemblage sculpture sessions for the public to make their own recycled and found object creations. 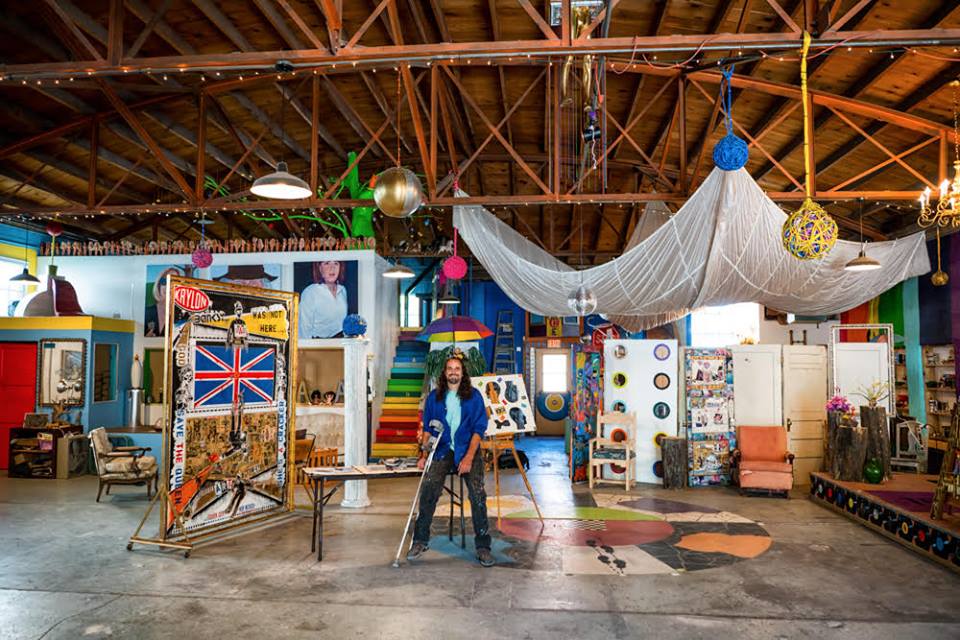 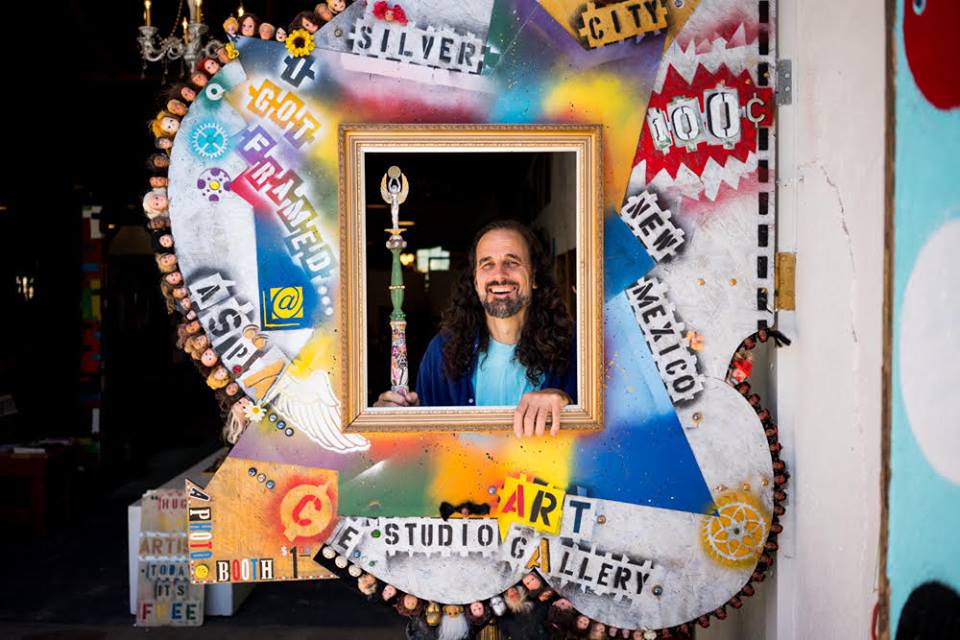 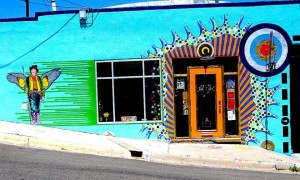